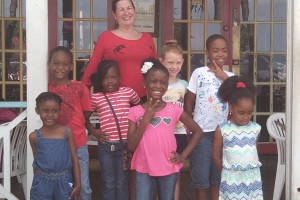 August 6, 2015
In May, the BVI Dance School hosted its annual BBQ Funday Fundraiser for the BVI DanceFest.  It was a day of great food, fun, games and of course our famous prize raffle drawing.  With over 60 prizes, including weekend excursions,  restaurant meals and gifts galore the BBQ raffle is by far the biggest drawing in the BVI. Every year, we award the five students who sell the most raffle tickets with a Pizza Party at Pussers in Road Town.  The winners this year were Ariella Oliver (top seller) Jayla (and Jacen) Winter Jahzara Dawson Tyra Glasgow Khadejae Hull Congratulations!

June 13, 2014
The 2014 BVI Children's Dancefest has rolled around again and this Saturday June 14 at 6:30 pm, the kids will be doing there thing on stage at the Sir Rupert Briercliffe Hall. Last year's event showcased brilliant costumes, trendy dance moves and fun, energetic routines that had the crowd entertained and wanting more. This year's show promises to be even better! So go out and get your tickets today at Bolos, or you can buy them at the door . Adults $10.00 and kids $5.00 . See you there! Dancefest 2013 gallery - Images by anya brewley schultheiss 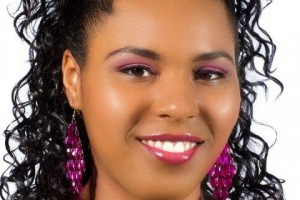 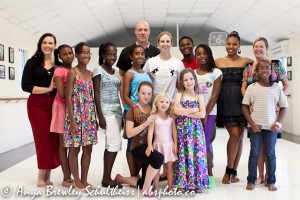 December 29, 2011
Students of the BVI Dance School were thrilled to have the opportunity to dance with Professional Ballerina, Michele Wiles at the end of December. [caption id="attachment_123" align="aligncenter" width="300"] Michele Wiles poses with BVI Dance School students. Adya Maddox, Sara Smith, Ryoko Skelton and Khalifa Turnbull.[/caption] Ms. Wiles has been a principal dancer with the American Ballet Theatre for the past 6 years and has danced with the company for the past 13 years. The ABT Company is the premier Ballet Company in the United States and performs all over the world. Ms. Wiles contacted the Dance School earlier in the year while
For more information in joining our exciting programs, apply today.
Apply Now